Panic at the PGA Tour Championship

NBC just showed a lightning strike out at the #TOURChampionship at East Lake that injured possibly 4. This is a slow motion shot of their coverage. Wow! 🙏 pic.twitter.com/0Z1ARb6a8q

The cloud-to-ground lightning strike hit a tree near the 16th hole and traveled to the victims. Their injuries are not life-threatening.

PGA officials delayed play at 4:17 pm ET because of weather concerns. All the players and many spectators left, however some guests remained in harm’s way. It is unknown why they didn’t seek a safe shelter, but possibly they did not know where the nearest one was.

If you’re a golf course or country club and you don’t have a comprehensive weather alerting solution, it’s time to put one in place.

We detected 1,518 total pulses in a 10-mile radius of the club from 4 pm to 5 pm ET. We also pinpointed the exact strike that caused the injury with great accuracy. 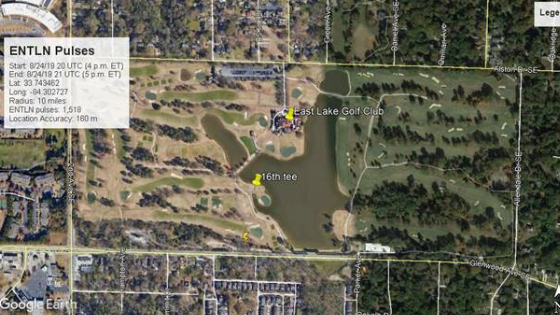 The video below summarizes the incident and our impressive total lightning detection.

Our total lightning network identified 16 cell tracks to the south of East Lake Golf Club. This tipped us off that storm cells were moving northwest towards the club itself. 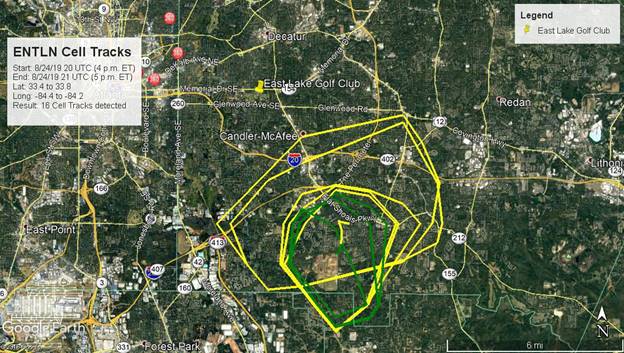 A Half Hour Before the Incident

The first in-cloud lightning strikes near the course occurred approximately 32 minutes prior to the incident around 4:13 pm ET. This was 4 minutes before officials delayed play. 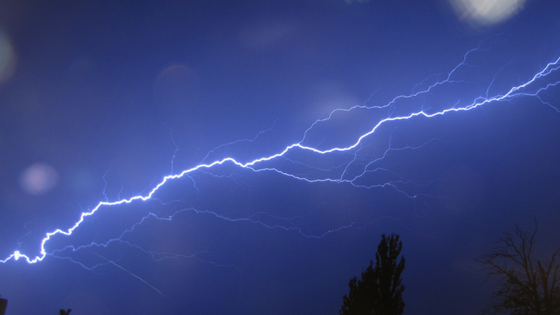 Although in-cloud lightning doesn’t pose a direct threat to people on the ground, it is one of the most reliable warnings that dangerous cloud-to-ground lightning is on its way. That’s why we detect the combination of both so we can issue faster and more accurate warnings.

It’s also a precursor to other dangerous conditions like hail and microbursts. 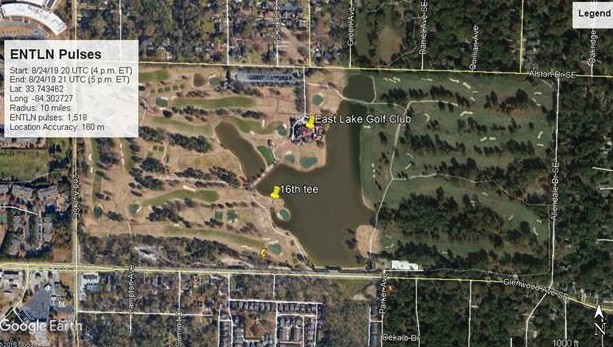 Our network pinpointed this strike near the 16th hole, just 160 meters away.

Reports of terrible storms circulated the morning of the championship, however tee times went off as planned. 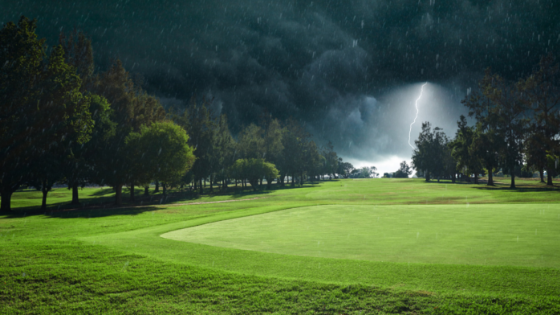 We believe our Dangerous Thunderstorm Alerts and lightning horn could have played a big role in forecasting these storms and getting everyone off the course before this near-tragedy occurred.

Protecting golfers and spectators from lightning depends on accurate alerting technology and lightning safety knowledge. Never stand underneath a tree during a thunderstorm. Other unsafe places include tents, gazebos, and overhangs.

The safest place to be is inside a lightning safe shelter, like a closed-off building or a car. Golf clubs should make sure patrons know what to do when severe weather is imminent.

Are you ready to protect your golfers from lightning?

It all starts with comprehensive severe weather safety policies and the best detection and alerting technology. Having a team of dedicated meteorologists doesn’t hurt, either. If you’re ready to protect your golfers, click the link below to get started. 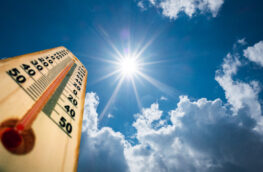