So far, 2018 has a been a crazy year for golf course lightning incidents. In fact, it’s been an active year for severe weather all around. North America has seen its share of damaging and deadly weather events from thunderstorms to hurricanes. 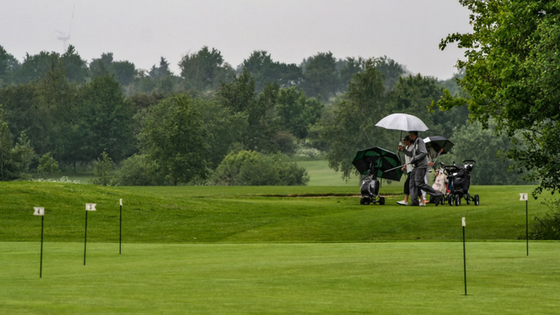 Golf courses, specifically, face a heightened weather risk. This is because two-third of all lightning deaths in the U.S. are associated with outdoor recreational activities. Golf courses are the perfect environment for severe weather accidents because golfers are often focused on the game and have the mindset of: “It won’t happen to me.”

Since there are 50 to 100 dangerous cloud-to-ground lightning strikes every second worldwide and more than 400 people are struck by lightning in the U.S. every year, it’s a miracle that golfers avoid being struck at all! 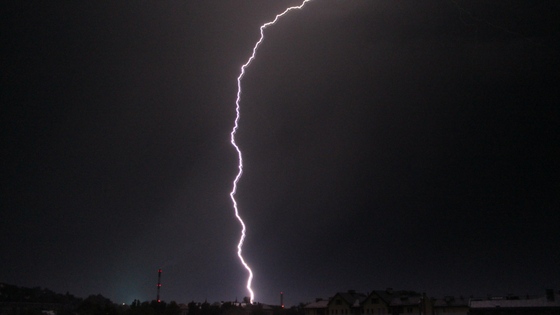 So far in 2018, there have been four major golf course lightning incidents in North America alone. Let’s go over these incidents, what went wrong, and how you can prevent similar tragedies from occurring at your golf course.

The first golf course lightning incident this year occurred at Sunbrook Golf Club in St. George, Utah. Sunbrook is a Golf Digest twice rated best golf course in Utah and is full of a variety of hazards that challenge golfers to play their best game. But on February 26, 2018, a golfer there was challenged in a new and frightening way.

The sky was clear when Justin Hoefer and a group of friends went to play at Sunbrook, but dark storm clouds rolled in quickly while they were on the course. The next thing Justin remembers was waking up with his friend looking over him asking what he could do for help.

Justin was struck by lightning on the course. Thanks to the quick action of his friends, he was brought to a hospital and stabilized. While Justin survived, he still has scars to remind him of the traumatic experience. The lightning bolt that traveled through his body left third-degree burns over 20% of his body. Although he is getting back to participating in golf and his other normal activities, he still has nerve damage and the reminder of that fateful day.

The second golf course lightning incident of 2018 occurred in Neepawa, Canada. Lightning struck a man at Neepawa Golf and Country Club on May 31, 2018. Storms were rolling in and the crew was about to call everyone off of the course when tragedy struck.

When first responders got to the victim they noted his was conscious but in “rough shape.” The male victim in his 50s sustained burns on nearly 30% of his body. He recovered during the following weeks.

While a lot of people think these lightning incidents are rare, that simply isn’t he case. An average of 10 Canadians die each year as a result of lightning strikes. It’s also important to note that lightning injures somewhere between 92 and 164 Canadians each year.

The third serious lightning incident at a golf course in 2018 happened in Iowa. It was a sunny July afternoon at Twin Anchors Golf Course in Colo when lightning suddenly struck and injured two people in the parking lot.

The two men were hospitalized as a result of the accident, which happened around 4 pm local time. The first victim, in his 20s, lost hearing in one of his ears a a result of the event. When first responders found him he was unresponsive, yet breathing on his own. The club believes that both men were struck by the same lightning bolt.

This “bolt out of the blue” type of lightning strike is one of the most dangerous kinds. These happen when a cloud-to-ground lightning strike extends miles away from its parent thunderstorm.

Most people don’t know that lightning can travel over 10 miles away from a storm cell. That’s why advanced severe weather alerting and visualization tools are so important for golf courses to have. From this incident and many others, it’s clear that you can’t base weather safety off of what you see with just your eyes. 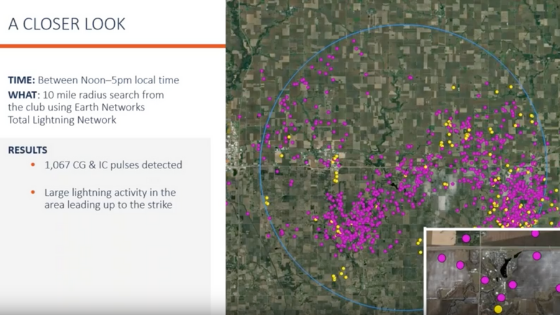 Let’s look closer at this case. When we took a look at our total lightning network, we saw that there were thunderstorms around the area, even though they weren’t obvious from the course property. Between noon and 5 pm local time, we detected 1,067 total lightning pulses. This is a lot of lightning activity leading up to the event.

The final golf course lightning incident of 2018 happened in Claire, Wisconsin. This time, lightning struck a sports radio host at Wild Ridge Golf Course. The accident occurred on September 17, 2018. The sports show host, Bill Michaels, was on the air covering a Junior tournament when he was struck by lightning.

It’s important to note that this lightning injury was a result of an indirect lightning strike. A lot of times when people imagine getting struck by lightning, they imagine a bolt hitting them directly. However, it’s more common for lightning to strike something near you like a tree and the current travel to you from there. In this case, the current traveled through the metal table Michaels was sitting at.

The lightning strike fried his gear, burnt one of his fingers, and blew out his shoe. While he was alert after the strike, he went to the hospital as a precaution. Luckily, Michaels didn’t have many side effects. He complained of a headache but overall felt thankful that he survived. 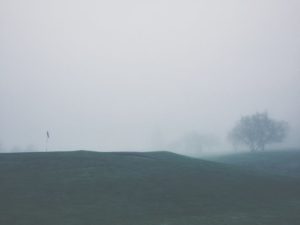