Tropical Storm Fay formed off the Carolina coast on Thursday, July 9, 2020. Over the next several days, Fay could bring downpours to the Mid-Atlantic and the Northeast. 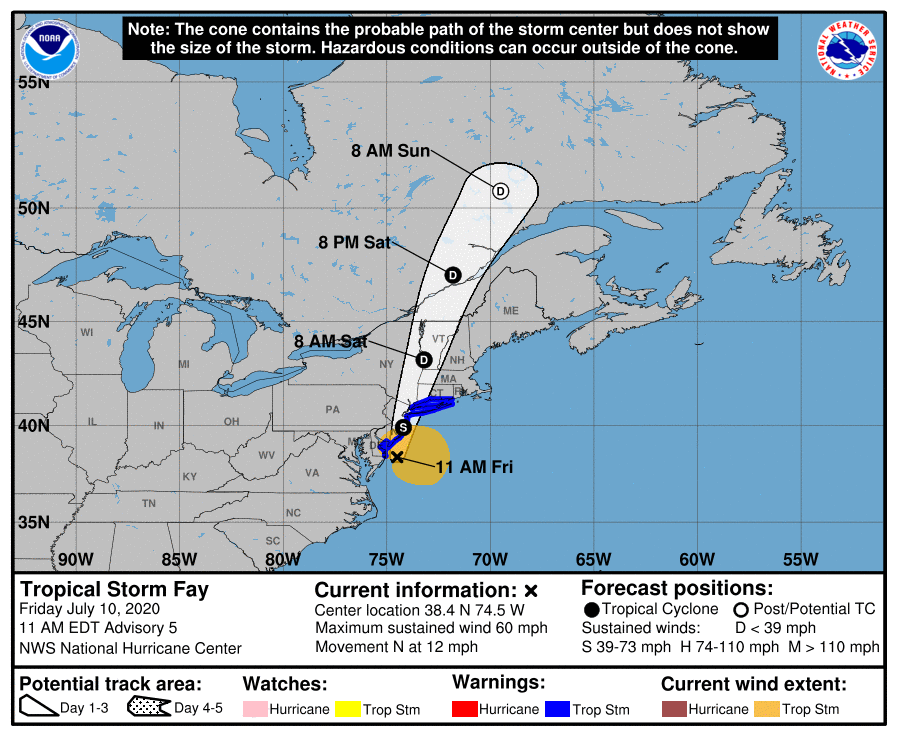 With high rain rates expected, flash flooding is the top risk associated with this system.

While most people think about a hurricane’s winds as the top threat, flash flooding and storm surge are often far more dangerous. You can learn more about these major weather systems on our hurricane facts guide. 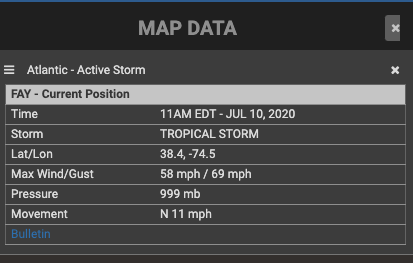 This system had maximum sustained winds of 58 mph and was moving northward at 11 mph. The minimum central pressure for the storm was 999 mb. You can access all of this information on our weather map, Sferic Maps. 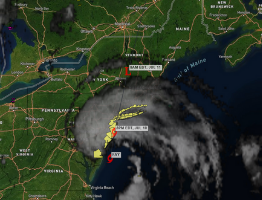 Fay has a history of providing downpours across the Southeast.

The storm started as an elongated low-pressure system moving from the Gulf of Mexico into the Southeast. There it produced afternoon showers and thunderstorms along the way.

After interacting with the warm Atlantic water and particularly the Gulf Stream, the system then organized into a tropical storm.

The projected path of this slow-moving tropical system will bring it into southern New Jersey today. Soaking rain, coastal flooding, beach erosion, and rip currents will be possible today throughout the Mid-Atlantic.

Then these risks will spread into Long Island and southern New England on Saturday.

Several inches of rain from this slow-moving system will be possible in the following areas:

Local flash- and urban flooding will be possible in low-lying and poor drainage.

Flash Flood Watches have been issued from the Delmarva Peninsula up the coast into southeastern New York, western Massachusetts and Connecticut. This includes the Delaware and lower Hudson valleys and greater New York City and Philadelphia areas.

Fay means that the 2020 hurricane season is now well ahead of record pace. Tropical Storm Fay was the earliest formation of the sixth named storm of the season.

The previous record was Tropical Storm Franklin, which formed on July 22, 2005. That season ultimately tore into the record books with 28 named storms.

Our meteorologists forecast an above average hurricane season this year. Their forecast calls for approximately: 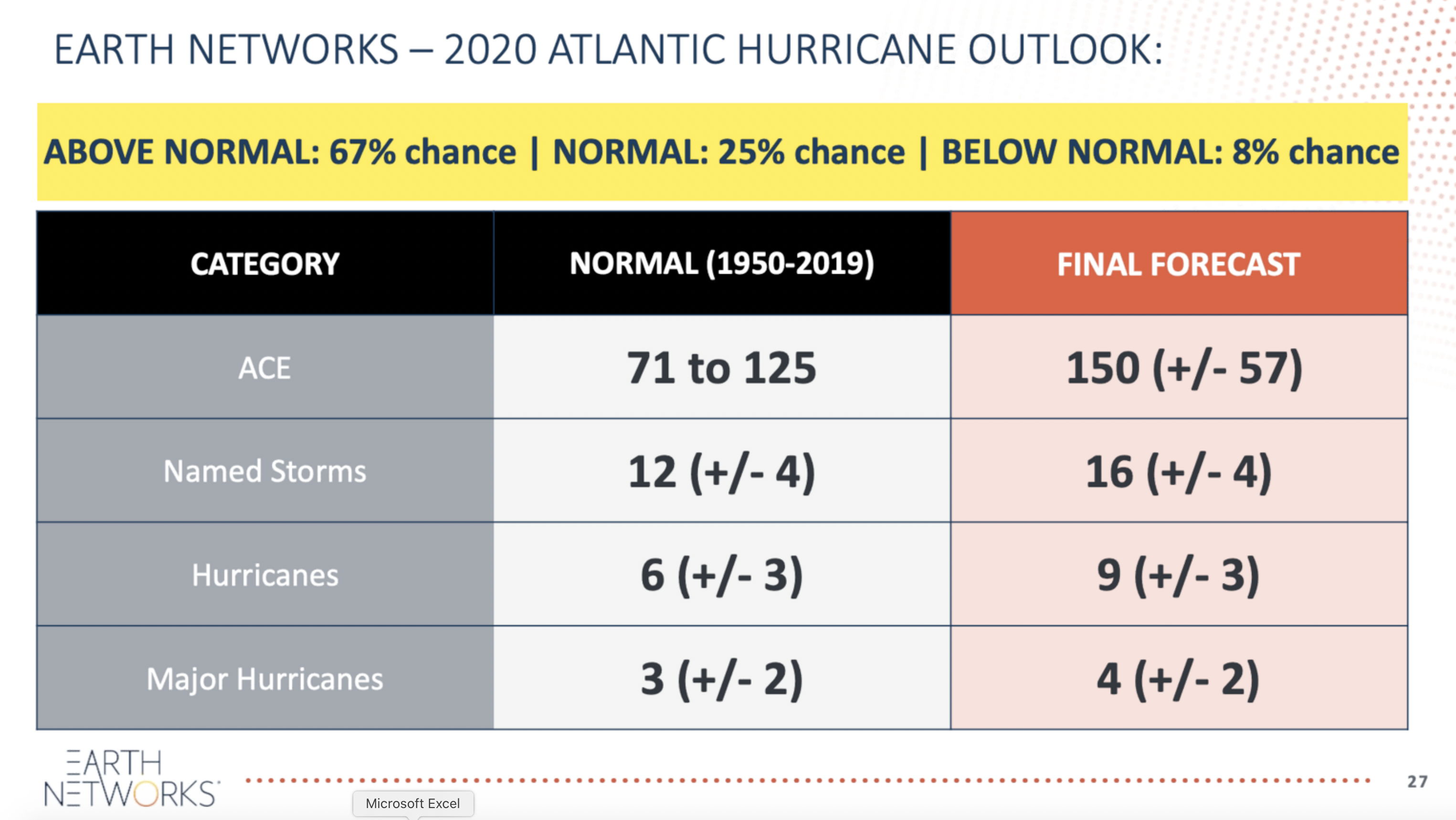 But there’s no need to panic yet. Fay’s formation is pretty normal. It’s common for weak low pressure systems to along the Southeast coast or in the Gulf of Mexico to form tropical storms in July.

Stay tuned for more hurricane news! Don’t forget to subscribe to our blog.