A cloud-to-ground lightning strike sent three student athletes to the hospital during a soccer match in Kingston, Jamaica 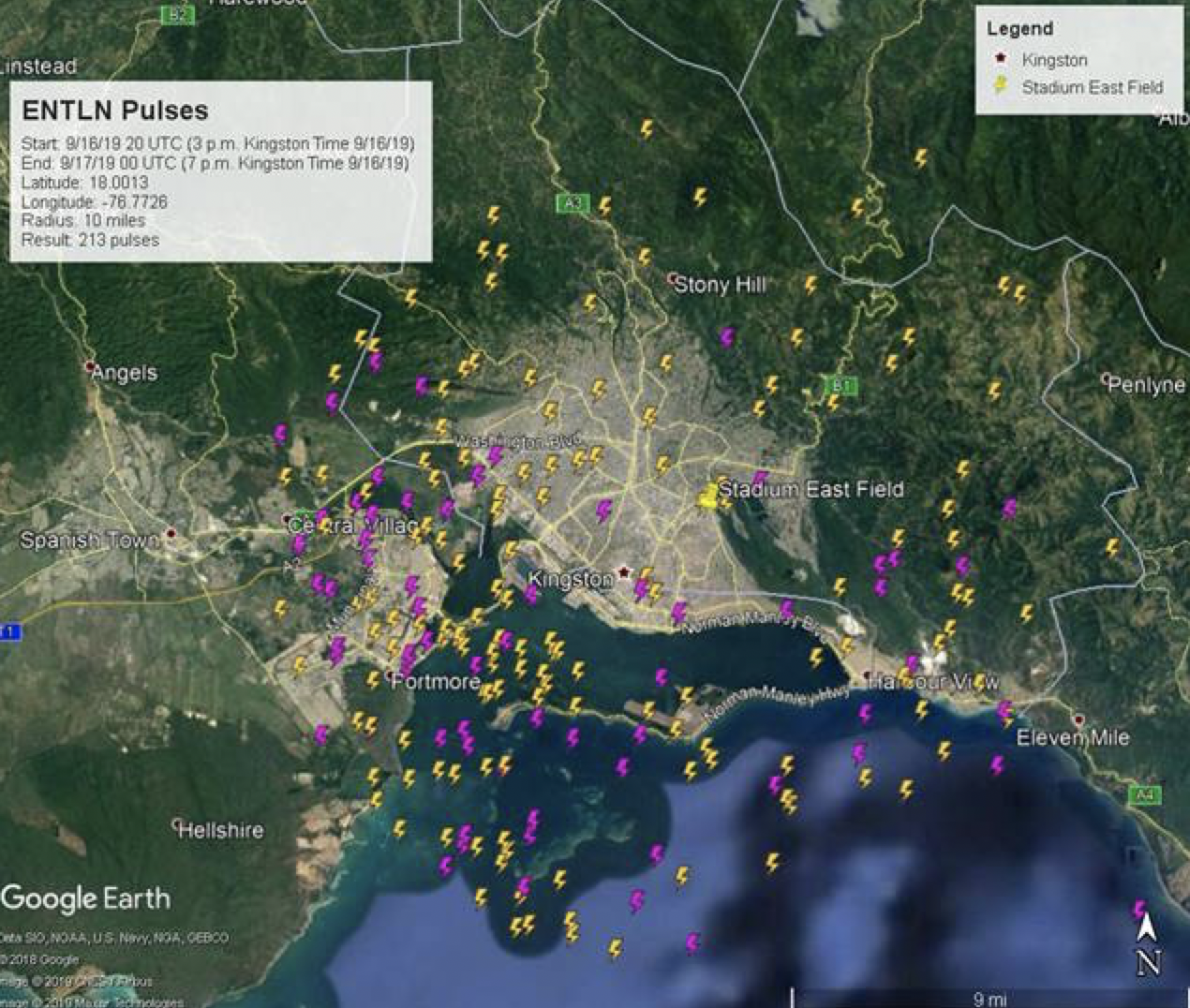 Lightning interrupted an annual tournament against Jamaica College and Wolmer’s Boys’ School when it struck the field, injuring players.

This scary lightning incident, which you can watch in this video, happened on September 16, 2019 in Kingston, Jamaica.

The lightning strike occurred in the 82nd minute of the game. The lightning lit up the field and the injured players collapsed to the ground. Three players went to the hospital, one could not walk or speak upon arriving at the hospital, but has now regained the ability to speak.

Our Earth Networks Total Lightning Network detected 213 total lightning pulses within a 10-mile radius of the stadium from 3:00pm local time to 7:00pm local time. You can watch all the lightning strikes in the animation below.

We first detected lightning within 10 miles at 3:49pm local time. The cloud-to-ground strike that injured the student athletes occurred at 5:23pm local time. 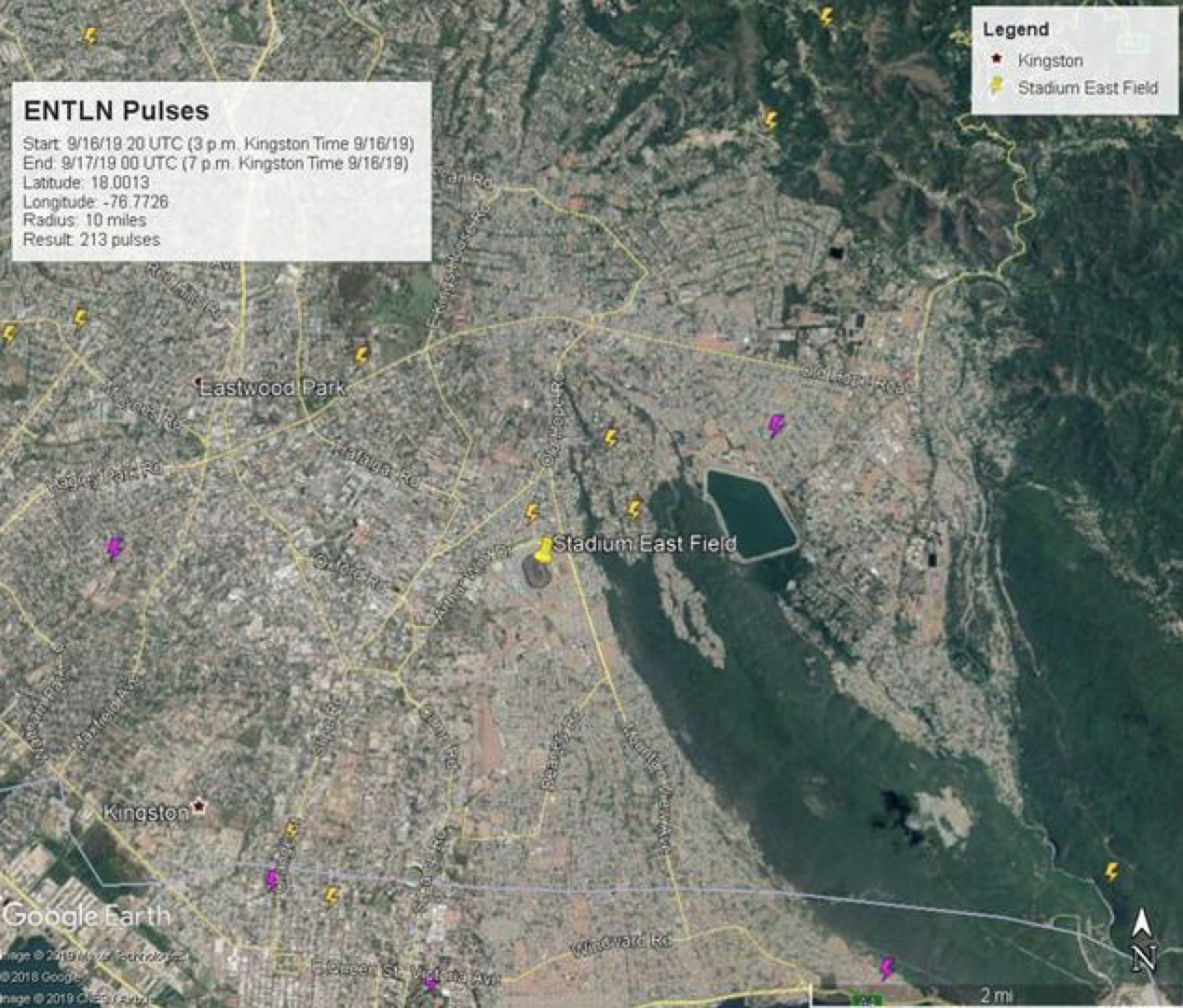 Our total lightning detection helps provide advanced warnings to prevent injuries like this one.

Lightning is an extremely dangerous and common form of severe weather. Lightning kills thousands of people worldwide each year.

In the U.S. alone, lightning kills an average of 49 people each year. Most of those deaths and lightning injuries occur during outdoor leisure activities like golf and fishing. Death totals are often higher in countries with more outdoor workers and less alerting technology.

You can learn more about lightning activity in the U.S. by reading our 2019 Mid-Year Lightning Report.

You can also learn more about lightning and other severe weather forms on our Weather 101 Resources page.